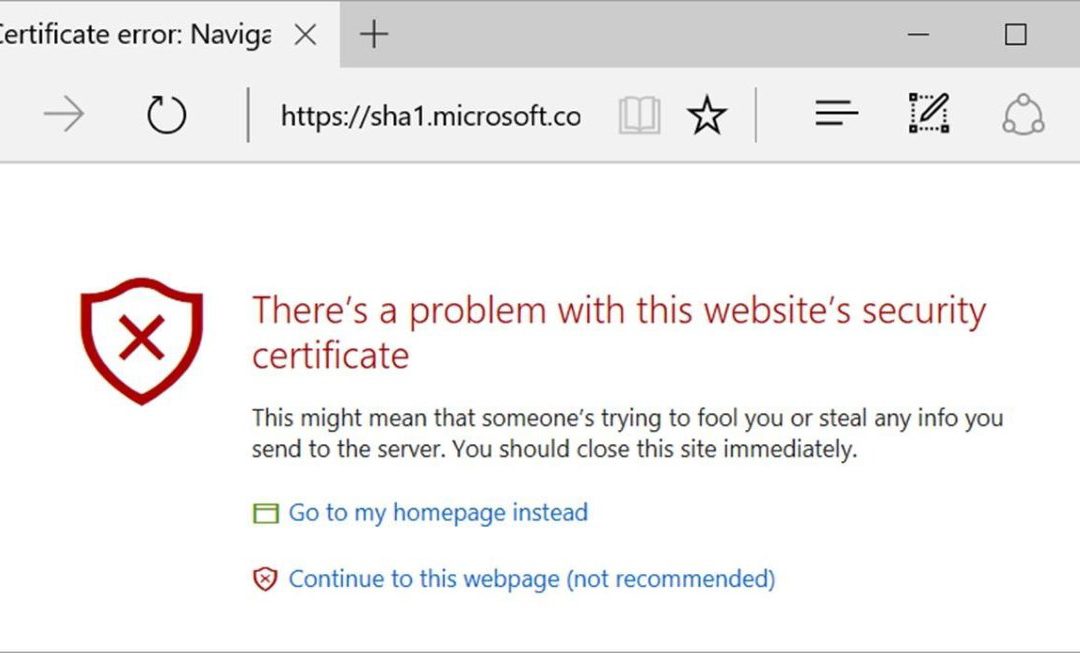 “Starting yesterday, via updates delivered in the May 2017 Patch Tuesday, Microsoft browsers such as Edge and Internet Explorer, have begun flagging websites as insecure if they use SSL/TLS certificates signed with the SHA-1 algorithm.

The move comes after Mozilla banned SHA-1-signed certificates in Firefox 51, and Google in Chrome 56, both browser versions released in January 2017.”

Read More Regarding this Below…